Escort Toad
Looks like there's some work to be done! This article is a stub. You can help Mario + Rabbids Kingdom Battle Wiki by expanding it.

Supporters are the fourth enemies introduced in Mario + Rabbids Kingdom Battle and introduce healing. They heal other teammates and throw bombs which does splash damage.

They have 165 health points; It wears a shell-like backpack, a furry coller and a bodysuit resembling a catcus. Sherbet Supporters does 32 damage with a standard attack. Their attack can inflict Burn on the target. 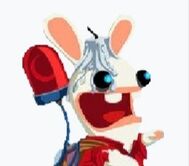 They have 250 health points; It appears with pale body, glowing blue eyes and a melting candle on his head. Spooky Supporters does 42 or 46 damage with a standard attack. Their attack can inflict Freeze on the target. 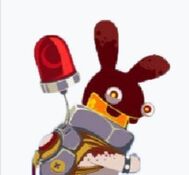 They have 375 health points; It appears with charred appearanced, glowing orange eyes and a Bowser Jr.'s bandanna. Lava Supporters can deducts 54 damage with a standard attack. Their attack does 59 damage and inflict Vamp on the target.

Community content is available under CC-BY-SA unless otherwise noted.
Advertisement